So my country is imposing that all escooters, esk8 and other personal mobility devices need to be UL2272 certified by 2021 https://standardscatalog.ul.com/standards/en/standard_2272.

This is on top of a whole slew of regulations hell bent on regulating the use of these devices.

However, unlike all the other regulations (speed, weight, registration, etc) which we could in one way or another comply to, how are DIYers going to comply with international safety standards?

Our DIY community just assumes it’s just too expensive to bother and our hobby is going to be dead in 2 years time.

Anyone with experience with this standard and what it entails to get a DIY board certified?

Based on the ministerial statements made publicly in parliament, devices on public paths that are non-compliant with UL2272 will be illegal. There does not appear to be a DIY exception, and in any case from the government’s perspective there is no incentive to have a DIY exception because that would mean anyone could modify their PMD to be non-compliant and “escape” enforcement as it were.

Not sure dude but it might be pretty simple. Here in South Australia business needs to get a electrician in every 6 months to test and tag all electrical equipment that it is safe.

No doubt you will have a whole micro-industry pop up to service this requirement.

Did you read the standard?

So basically a sparky will just waive a multi-meter over it i think? I’d just chill out dude, the sky isn’t falling down

Did you read the standard?

So basically a sparky will just waive a multi-meter over it i think? I’d just chill out dude, the sky isn’t falling down

… but if you look at the table of contents, the standards include mechanical and environmental testing. There is also a white paper available for free which describes these tests. Here is an excerpt:

Vibration– The vibration test determines whether the electrical system of the DUT is robust enough to withstand effects of vibration during use without resulting in loose connections or parts that could create a hazardous condition. The test utilizes a random vibration profile.

Shock– This test determines whether or not the DUT can withstand a mechanical shock, consisting of half-sinusoidal pulses, to which a device may be subject when in use without causing an explosion, fire or rupture of the battery.

Crush– The crush test is conducted to determine the DUT’s ability to withstand an anticipated crushing event due to specified weight limits being exceeded that could occur during use without causing an explosion or fire.

Strain relief– The final mechanical test consists of two strain relief tests, a strain relief pull test and a push-back test, designed to assess non-detachable exposed device cords and cables that may be subjected to pulling or pushing during anticipated use.

Environmental Testing Environmental testing of personal e-Mobility devices includes water exposure testing and thermal cycling. Water exposure testing includes an assessment in accordance with the requirements of IEC 60529, Degrees of Protection Provided by Enclosures (IP Code) minimally for IPX4 for exposure to splashing water, as well as a partial immersion test intended to simulate exposure to puddles of water. Thermal cycling testing specified in UL 2272 is intended to determine the extent of an e-Mobility device’s ability to withstand exposure to rapidly changing temperatures (such as when a device enters a heated environment after being outdoors) without evidence of damage that could lead to a hazardous event.

Material and Component Testing Material testing of personal e-Mobility devices includes testing for flame resistance of non-metallic materials. All materials used in device enclosures must comply with the enclosure requirements detailed in UL 746C, the Standard for Safety of Polymeric Materials – Use in Electrical Equipment Evaluations. In addition, polymeric materials used in enclosures must have a minimum flame rating of V-1 as defined in UL 94, Standard for Tests for Flammability of Plastic Materials for Parts in Devices and Appliances. Flammability rating can also be assessed using the 20 mm end product flame test detailed in UL 746C. There are also tests to evaluate the safety of a device’s motor under conditions of short circuit and overload to determine that there is no potential for overheating that could lead to a fire. The motor tests include an overload test that evaluates its ability to safely withstand a condition in which a motor is forced into a mode where it draws more than rated current, and a locked rotor test to evaluate a motor’s ability to safely withstand a condition where the rotor is prevented from moving.

Just have to wait and see dude… 3 years away, go crack a beer

nothing you can do now anyhow

I’ll definitely take the suggestion about the beer! Hah

It’s more to get ready for the inevitable really…

This isn’t a hobby for some of us. Referring to it as such is (1) more likely to get it banned and (2) not super-considerate to those of us who use it as clean, pollution-free transportation.

So the cop going down the street sees you riding and goes “huh, I’ve never seen that before, I better pull him over and check his UL Safety Certification”. Idk how it is where you live, but I’d never want to live in a place that acts in such a way. My experience has been more of cops don’t know what your riding and it’s true legality, unless what your riding is held together with duct tape. And they don’t care unless you are riding dangerously. If you get in an accident, you might get in trouble. But I don’t see any police just widely pulling people over and checking that what your riding is UL Certified… That’s just my two cents on the issue.

Worst comes to worst, what you get some fines and realize they do care and are checking. I wouldn’t let legal barriers like this stop you from doing what you know you should allowed to do (because they aren’t going to hual your ass to jail for an eboard, lol).

Ride safe, ride responsibly, and you’ll be fine. This will affect the complete market though, as getting completes shipped into the country is where they are likely to check for things like UL Certifications.

These standards sound tough… well I understand the part about increasing safety n such but the one about overloading motor and not catching fire… some really sound overdone.

For which country are these anyway?

I partly see reasoning that some china made products might be pushed to increase safety (similar like hoverboards failed and put a bad rep for many e-mobility devices).

Here’s the article from our local news

All motorised PMDs must meet fire safety standards by 2021

Basically, it’s illegal to ride on the roads in Singapore, so mobility devices like esk8s and scooters are to travel on pavements, sidewalks and park connectors. In 2016 there were 80 fire accidents, excluding the numbers from accidents from reckless riding. Scooters are very popular among the youth. They’re daredevils and ride really fast and dangerous 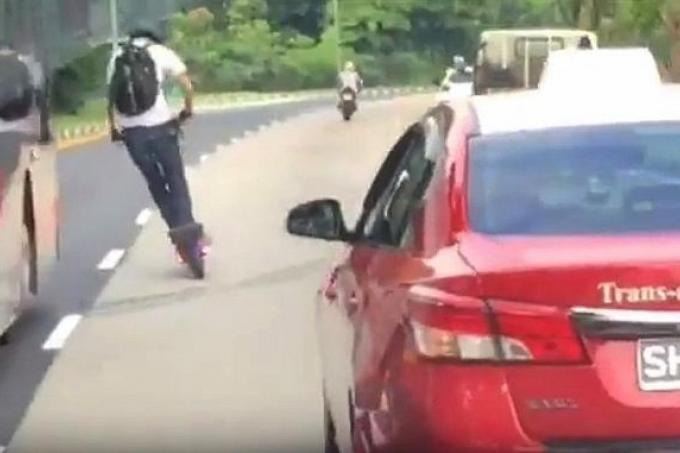 Due to all the accidents that took place, the government is taking measures to ‘ban’ these mobility devices. Currently its focused on scooters, but with this new safety standard, it’s kinda bringing down the DIY esk8 builders as well. Definitely not all scooter riders are dangerous, i’ve seen some who ride safe on sidewalks and around crowded areas where children are around.

Thoughts? I’ll make good use of the remaining couple of years before this new law kicks in, or hope that something will change.

Yes this is from Singapore, where the latest round of regulations puts a 10km/h speed limit when riding on pavements (roads are off the table). For what it’s worth, I clocked my 3yr old scooting at 9km/h…

This new UL2272 just makes it even worse for us, DIYers/Hobbyists/Full time esk8ers/Complete Manufacturers, etc. It’s just bad news for everyone, and more so for us DIYers who will almost have no means possible to get such certifications.

I personally have 4 different esk8s, that means I need 4 different certifications. Ain’t nobody got time for that!

As for enforcement, we have officers with speed guns in our parks who impound scooters over the speed limit. So yes they will check, and I don’t want to feel like a damn criminal just because I cannot certify my DIY esk8.

New laws now include possible jail time actually… but this is more for reckless riding in my opinion.

I do however not wish for my boards to be impounded and not get them back because of the UL certification issue. There’s a chance this will happen, as it is they stop people on the pavements, weigh and measure the scooters to make sure they are compliant. Non-compliance means off to the impound you go to be destroyed.

Government just wants money. We all take away billions(not just eskate) in tax money generated from gas tax, licencing tax, registration and fines. So if you can’t have fun on your whatever more money for them.

I have seen this coming. I will say it now if this community doesn’t promote the benefits of this form of transportation regulations will be put in place by people who don’t care.

Prompt safety in PPE Talk to the city and county. Local representative If we are all quiet they will do what they want. If you esk8 you have a responsibility to do what you can to educate your local officials and explain how this technology is the future of transportation. We must take the label (hazard) off and open eyes

Im interested in how this goes as well. Im pretty sure there are many small retailers that are selling E-scooters and such on the web and Industrial area. Im also pretty sure that the ruling will only affect retailers or importers to get the UL certification before they are allowed to sell them. Meaning we DIY-ers or hobbiest are not included. I cant imagine if a POLY student wants to create a e-Scooter for FYP and they have to go through UL Certification. Totally not practical and who’s going to pay for the cost? The school, project Supervisor or the students themselves?

Just my 2 cents worth here.

The law does state that repeat offenders for not complying will potentially get jail time, and that the government will be outsourcing officers to specifically stop you and check your ride

Our city officials are getting paid millions a year, sitting in their landed estates while we live in small apartments, there is no way they will emphasize with us

I understand that. But you have to remember it’s not about empathy it’s about our rights. Besides. If your in the USA the current administration could really care. I think esk8 regulations are the least of their concerns. UL required testing comes from Washington.