Here’s a video from Sunday’s Raptor 2 meet up. Great time with lots of great people. The Raptor 2 is a beast with acceleration. It’s heavier than I expected. Overall it rides well and will be a blast to ride. 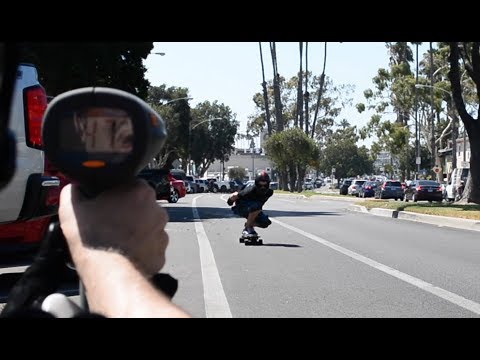 Thanks! I was worried it was too long for the you tube generation

hope to get a performance day planned soon so we can do a longer video with more boards.

I love it, thaks for taking the time to make this!

Glad to do it. That was definitely a fun time. We will have to schedule another time at a better location. We can get everyone with fully charged boards to show what they can really do.

Saw you question on the other thread about the drag race. The weight definitely makes a difference but there was also a huge difference in the launch of the board. It’s clear that Moja has a lot of practice launching at top speed. Watch your brother on the second race where he came in second. His launch was still super sketchy on that one and probably cost him the race. We need to do a longer run (50 or 100m) to allow people to get to their top speed and reduce the advantage of launch.

Yeah, ive ridden both boards and Ill freely admit that the raptor two has great torque from a dead stop. Jason has clearly demonstrated imo that hub motors are capable of great start up performance with top speed greater than all all the commercially available belt drive boards currently available. I was just noting that even two versions back, the Carvon motors are still contenders from low speed and blow right past Raptor at top speed. Plenty of people of this forum are even claiming to have hit 38mph on a single drive Carvon.

and blow right past Raptor at top speed.

TIP: If any of you crazy raptor riders want to be the fastest on the streets, here is some Speed increase tips…

Note: Speeds above about 45km/h are very inefficient (wind resistance losses are quadratic) not to mention extremely dangerous so should be avoided!

Higher top Speed is realitivly easy to achieve with hubs but generally always at the cost of torque, we have engineered the R2 primarily for torque with a target top speed of 45km/h. Our focus on maximum torque from a direct drive hub motor explains why R2 does so well in drag races… I think we have proven hubs are no joke.

Last Tip: If anyone wants even more launch power, you can actually remove (voiding warranty) the governing measures we implemented to tame the Raptor 2. So It is possible to further increase torqure! This achieved by using the full current rating on our battery pack, you can actually get 33% more current from the battery with some simple software tweaks and a bigger fuse. But we will save this stuff for race day.

I was impressed with the Carvon motors, too. I think it’s a question of durability on the V3s and whether they can sustain some direct hits and keep going. For the R2 it’s about dissipating the heat and shallower urethane. Both are good options IMO.

Our motors are rated to around 160 degrees before issues will occur, so they can get very hot without much risk of irreversible damage…

I do admit that having the motors exposed outside the urethane definately helps with cooling but also increases the risk of damage due to ground clearance… Tough call… I think most people will accept the slower cooling motor if it means it is at less risk of impact damage.

If we match the wheel diameter (97mm?) used on carvon our urethane depth increases by a whopping 35% - so does our speed.

We are in the process of developing various urethane options. 97mm fits on the R2 with no issues so we might do that eventually, however we will release the 100mm crossover wheels First, they have 100% urethane thickness increase for folks who want more lush.

I think the heatsink on the trucks is brilliant as well. I couldn’t tell how far those cuts in the trucks went and whether there is a potential for failure in the truck, but it’s a great idea in overcoming the heat issue. Heat probably won’t be a problem for most normal riding, but if pushed (either hill climbing or top speed runs), that is when I would worry a bit. But hey, that’s what warranties are for, right?

Is that your brother taking a giant push start before anyone else has started moving? & he still couldnt beat R2

I’m curious how Moja is traveling around the world with that battery. I guess I’ll ask him this Sunday.

I asked but Ill let you ask him yourself ;).

It’s going to take a lot to dethrone the raptor 2, also we got 30% more current that is not being used due to governing.

i guess the answer is on the sticker thats already put on the raptors that are currently being delivered. And the sticker says 100wh and battery goes as hand luggage.

Firstly, please remember the R2 everyone is riding is a production board with limits applied for safety.

The best thing about the enginnering team at Enertion is that we are all expert esk8 builders. We can literally build any thing we want… We make every single part in the raptor 2 from scratch to our own specifications. If an official race was sectioned we could engineer the vehicle for maximum performance in a set course… So we will probably have a few different versions of raptor 2 ready for the race season depending on the track characteristics.

We ain’t even running 12S yet…

Well it seems like the start of these organized races are happening in So Cal. If only you had a Raptor 2 rider in that area that could put one of your race tunes on his board cough cough. OVER HERE cough cough