Are electric skateboard legal in the UK?

I have been threatening to build an electric longboard for some time now and I suddently thought, are they actually legal to ride on the roads in the UK?

but the police is usually really tolerant

If it doesn’t seem too obvious and you hide the remote behind your back when you see the cops, it’s legal for sure

Though I can agree that im extra cautions around the cops… usually slow down and ‘‘imitate’’ that im pushing so I would not rise extra attention… non the less, I’ve heard some good things about police and these devices (eboards) where in some cases police have showed good interest in them (what they are etc)…

Thanks guys, I think I’m going to go through with the project, I’ve already ordered a few bits here and there and it would be a shame for them to go to waste lol, I asked this question just because I’ve never actually seen anyone where I live with an eboard

I’ve heard some stories about people getting a fine in the Netherlands, but that’s only in the big cities, when they were racing past pedestrians.

Nope, I’ve bumped into them a few times and they’ve always been cool.

Once I was with a group, the police asked me to get off and walk as it was technically a pedestrianised area, then they saw the rest of the eboarders were heading off into the distance and so they said ‘Ah forget it, off ya go’, and let me ride away

I find that as long as you ride safely and considerately to those around you, they won’t give you any hassle.

@AlexJ Seems to be from London, Uk,

I think if you are outside of London (capital) you might as well be more safe… though depends on how picky the police is… perhaps he can shed some more light onto this, here

Yep, I am based in London, definitely a greater police presence here and chance of getting stopped. But as I say, even though it is technically illegal, as long as your ride courteously and considerately, chances are the only thing a bobby on the beat will do is ask you to stop and carry it if you’re in a congested area or tell you how cool it is and ask you about it.

Outside of London the chance of being stopped is tiny I’d say, again as long as you’re not jetting down pavements terrorising grannys at 20mph

Thats awesome, my Nanna would have just shot you for that (she was from Mississippi, she liked to shoot lots of things

I have family in Alabama and VA, we like to shoot things too, so she’d have to be quick off the draw!

I looked into this and its kind of a grey but not grey area.

Those hoverboards are illegal, e-bikes with more than 250W motor and that power past 15.5mph are illegal. Well, illegal to use in a public place but totally fine on private land with permission. From what I can make out there is not an actual law for or against a 4 wheeled skateboard. This is the grey area. This means they can try to class your board as a 4 wheel electric vehicle and without plates, insurance and safety documents, the police can confiscate your board but from what I have read you can usually get it back with a slap on the wrists if you are not a dick about it. As Alex says, as long as you are not racing through people or traffic and not racing about the place they will just leave you alone.

I ride at a local park, its massive and open with few people around so no one to bother. I could not ride my board on the streets or pavements (eMTB, the opposite of stealth) without issues with people, traffic or police.

I have been commuting from Monday this week down cycle paths. A few of them are next to a main road and they pass the turning for the main town Police station. I’ve seen 1 Police car pass me and the cops looked and 1 pointed and that was that. I’d say I’m well placed to find out how they feel about it…

Yeah I think I’ll be alright, I’m im the Cotswolds so not exactly busy with police everywhere

If your ever in Alabama, look me up.

I don't know about everyone else but here in NSW we are a Granny state, any thing that involves fun has a law against it. I was wondering how are the...

Yeah I think I’ll be alright, I’m im the Cotswolds so not exactly busy with police everywhere

You’ve just got to watch out for the sheep droppings

I have been commuting from Monday this week down cycle paths. A few of them are next to a main road and they pass the turning for the main town Police station.I’ve seen 1 Police car pass me and the cops looked and 1 pointed and that was that.I’d say I’m well placed to find out how they feel about it…

I rode past you on my board a little while back, @bigben 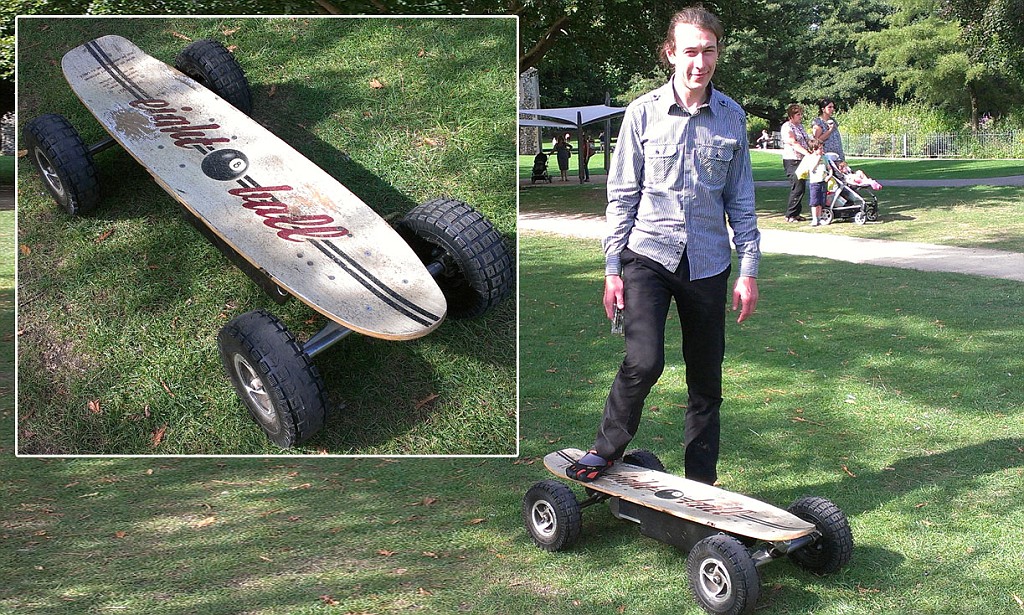 Magistrates throw out drink drive case against skater who rode a...

Remi Barban, 33, was cleared of drink driving by Bury St Edmunds magistrates who ruled that an electric skateboard does not count as a motor vehicle.

That’s interesting, I don’t plan on drinking while on a board anyway so I guess it should be all okay, it’s just a big of grey area and I doubt a lot of police would know what to do if they caught you on a board

Probably just a bit of this